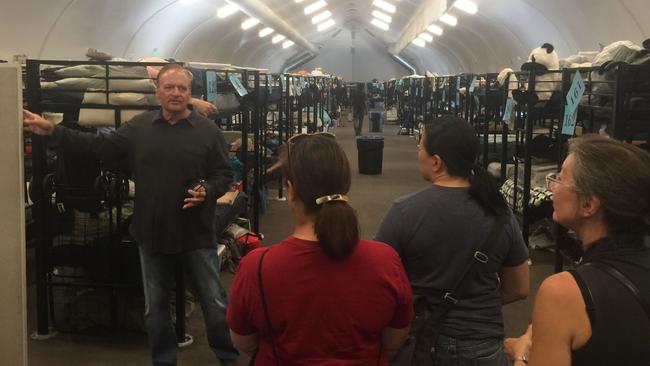 The effectiveness of the three large tent shelters that San Diego opened about nine months ago has been questioned locally recently, but the idea still is catching the attention of cities from throughout the nation. “You guys are the 19th ones to visit us,” Alpha Project CEO Bob McElroy said recently as a delegation from Vancouver and Los Angeles toured the 325-bed tent the nonprofit oversees at the end of Newton Avenue in downtown San Diego. McElroy told the visitors about the challenges San Diego has faced in trying to find permanent homes for the city’s unsheltered homeless population. “The reality is, there has to be a place for folks to go, and I’m assuming that’s why you’re here,” he said. “There is no place for folks to go.” In addition to the Alpha Project, Father Joe’s Villages operates a tent downtown, and Veterans Village of San Diego has one on Sports Arena Boulevard

San Diego Union-Tribune: California Ranks No. 1 in Poverty Once Again. Take a Guess Why