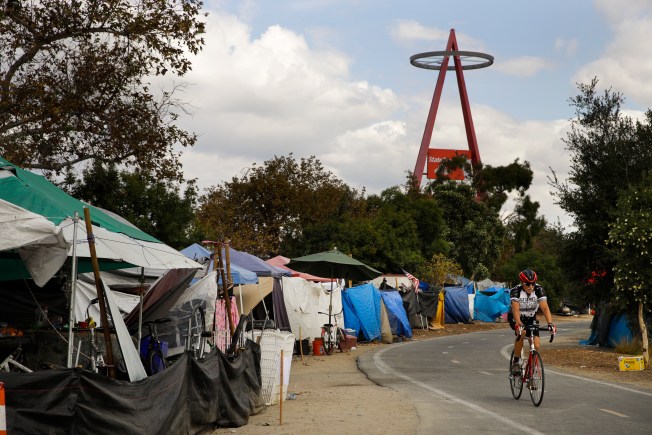 The row of tents and tarps stretches two miles along the parched riverbed and houses hundreds of homeless. The garbage-strewn strip is also the site of a popular bike path where cyclists in colorful gear zoom by those seeking food, a shower or a job. Over the past two years, the trail that cuts through the heart of Southern California’s Orange County has become the site of a ballooning homeless encampment that officials say has been fueled by exorbitant housing costs, mental illness and drug use. Amid an uproar from residents, the city of Anaheim declared an emergency Wednesday in an attempt to cope with the crisis and speed the addition of shelter beds. A day earlier, Orange County officials passed a measure to step up police patrols.