LA Times: California Housing Bills Could Take Away Subsidies for Homeowners and Add Them for Renters

LA Times: California Housing Bills Could Take Away Subsidies for Homeowners and Add Them for Renters 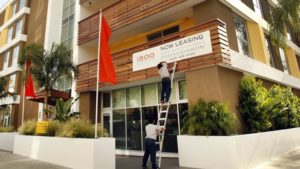 California lawmakers have introduced more than 130 bills this year that try to tackle the state’s housing affordability crisis. Reams of statistics support the depth of the problem: California’s homeownership rate is at its lowest since World War II, a third of renters spend more than half of their income on housing costs and the state has nearly a quarter of the nation’s homeless residents — despite having 12% of the overall U.S. population.

William Fulton, director of the Kinder Institute for Urban Research at Rice University, said he has never seen such interest in housing in the three decades he’s been tracking the issue in California. “It is the biggest issue in the state right now,” Fulton said.