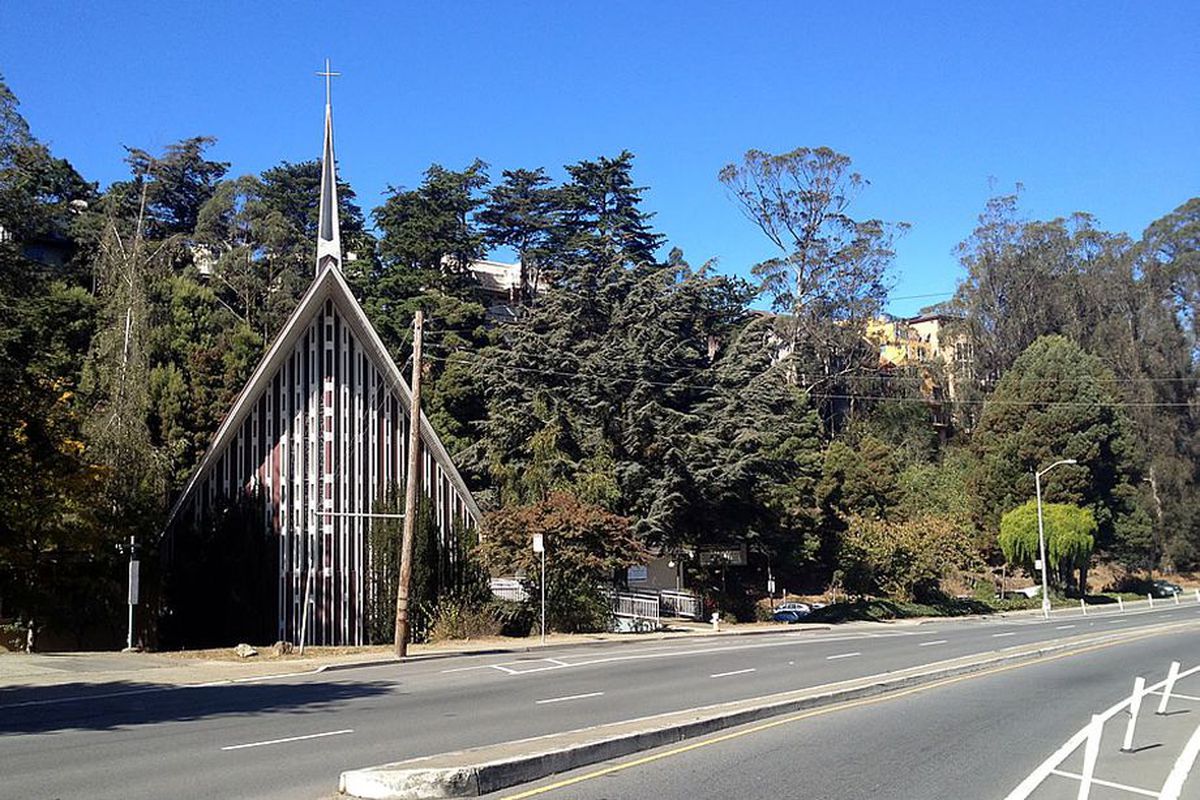 The Mayor’s Office of Housing [MOH] no longer plans to fund a proposed 150-unit affordable housing development for seniors in Forest Hill, saying that delays from neighborhood opposition have inflated the project’s price too far. Christian Church Homes, a religious non-profit that develops affordable housing for seniors, announced in 2016 that it would partner with Forest Hill Christian Church to create new senior housing on a hillside lot at 250 Laguna Honda Boulevard. But Forest Hill residents, including the Forest Hill Association, objected and cited concerns about the possibility of formerly homeless residents moving in to the neighborhood, as well as criticism of the proposed building’s size, locale, and necessary zoning exceptions. “We’re talking five stories and a lot of traffic going in and out,” Joe Bravo, an attorney who lives in Forest Hill, told Curbed SF in 2016. “Why is nobody looking around and saying this city may perhaps have limits? That you can’t just keep building more?”