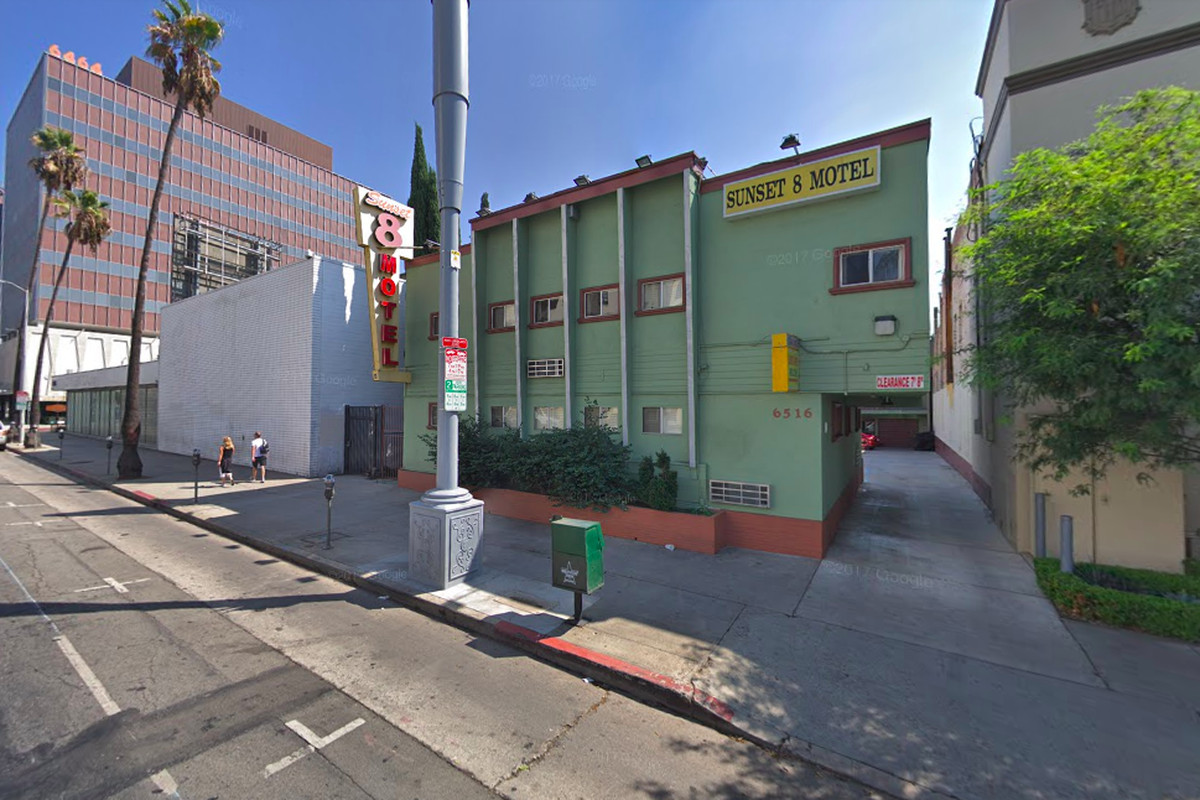 The AIDS Healthcare Foundation is advancing its plan to create affordable housing in Los Angeles, announcing today its purchase of a Hollywood motel that it plans to turn into transitional housing for low-income residents. The organization paid $4.6 million for the 27-room Sunset 8 Motel, located two blocks west of Wilcox on Sunset Boulevard. “The homeless crisis in Los Angeles is a crisis,” says AHF president Michael Weinstein. “One that requires an across the board, ‘all hands on deck’ response rather than the well-intended, but sclerotic government effort we are witnessing by LA City Hall and County officials.” Weinstein points to the high cost of creating affordable housing, citing a 2017 state budget summary that said new affordable units in California cost an average of $332,000 to build. “Nothing should cost more than $200,000, and 50 percent of such units should be $100,000 and below,” Weinstein says. Based on the purchase price, the Sunset 8 Motel’s cost per unit is $170,370 per room/unit, but that does not include the expense of renovating the property.

Curbed: Berkeley, CA, has an answer to the affordable housing crisis—cryptocurrency