CityLab: There Will Be No Exit From California’s Housing Hell

CityLab: There Will Be No Exit From California’s Housing Hell 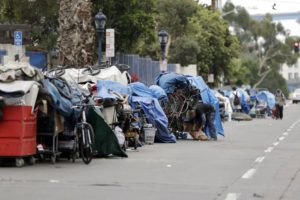 The recent defeat of SB 827—California State Senator Scott Wiener’s bill that would have legalized apartment construction in area’s well served by transit—was the subject of a thoughtful post-mortem in the Los Angeles Times: “A major California housing bill failed after opposition from the low-income residents it aimed to help. Here’s how it went wrong.” Liam Dillon notes that while the bill had the strong support of YIMBY (Yes In My Backyard) housing advocates, it foundered because of the combined opposition of not only local governments and homeowners, but also the very people it was supposed to help: low-income renters. Dillon points out the schism between the economic and political cases for the legislation. SB 827 may have been great economics, but it was poor politics. YIMBYs and a wide range of urban and housing scholars supported the SB 827 approach, arguing that more housing, especially in transit-served locations, would lower rents and reduce displacement.

CityLab: Where the House-Price-to-Income Ratio Is Most Out of Whack