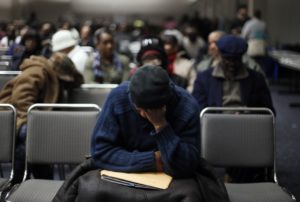 A new report released by the U.S. Department of Housing and Urban Development this month shows that the number of American households facing worst-case housing scenarios is returning to the record crisis levels seen during the foreclosure crisis. The 2017 report on Worst-Case Housing Needs finds that 8.3 million households suffered extreme housing conditions in 2015, an increase of more than 580,000 households over 2013. HUD defines “worst-case housing needs” as very low–income households who do not receive government aid for housing and who pay more than one-half of their income toward rent or live in unsafe conditions (or both). CityLab’s Tanvi Misra plotted out where the worst-off families are living today. The country reached peak worst-case housing conditions in 2011, when the number of most-vulnerable families climbed to a record 8.48 million.

CityLab: Fire Damage to California's Homes Isn't as Random as It Seems