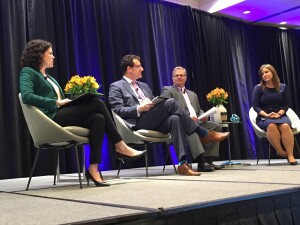 It’s been a wild ride for the affordable housing industry over the past several months. The Tax Cuts and Jobs Act retained the low-income housing tax credit (LIHTC) and private-activity bonds, but a lower corporate rate and other provisions are projected to significantly reduce affordable housing production. Then in March, Congress passed an omnibus spending bill that included the first expansion of the LIHTC program in over a decade, increasing the housing tax credit by 12.5% over the next four years and including income-averaging indefinitely to allow for the 60% area median income ceiling to apply to the average of LIHTC units in a development. The Department of Housing and Urban Development (HUD) also saw a 10% boost over fiscal 2017 funding and good policy initiatives, such as the Rental Assistance Demonstration cap being lifted and expanded to Sec. 202 properties with Project Rental Assistance Contracts to preserve elderly housing as well as the extension of the Family Self-Sufficiency Program. Much of the success on the federal level can be attributed to the industry’s strong advocacy efforts for housing programs over the past several years and the congressional stalwarts who believe in the LIHTC and other housing programs.